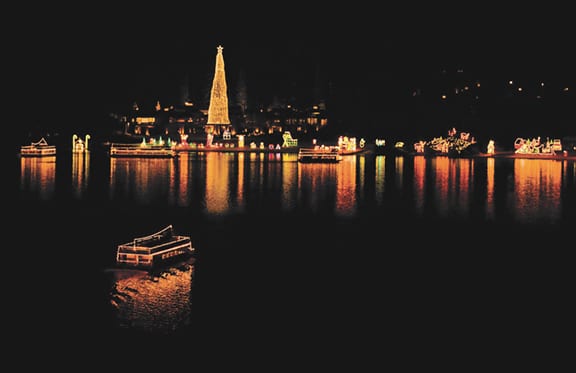 This year’s amazing Holiday Light Show at the Coeur d’Alene Resort is bigger, brighter and even more magical

Santa and his elves got nothin’ on the Coeur d’Alene Resort when it comes to the holidays. Not only has the resort been recognized as a holiday destination by such luminaries as USA Today, the annual Holiday Light Show consistently earns top marks by such trendspotters as MSN, Yahoo, and US News. Three years ago, these three media outlets let the rest of the world in on a secret locals already know: The Resort is one of the top 10 underrated places with holiday celebrations.

Setup for the extravaganza begins more than eight weeks prior to the official launch of holiday light season on Nov. 29, when more than 3,000 fireworks will light up the night sky over the lake. It takes a team of 20 people eight weeks to install 250 custom-made displays, like the fire-breathing dragon and 70-foot tall tree. Power is provided to the Resort’s 1.5 million holiday lights — roughly 30 bulbs for every man, woman and child in Coeur d’Alene — via 500 power cords. And yet, because the lights are LEDs, power usage is still more energy-efficient than conventional displays.

Seeing the lights is as simple as heading to the Coeur d’Alene Resort, which is decked out in its holiday finery, inside and out. Listen to carolers in the lobby or wander among displays. Squeeze in a holiday cocktail at Beverly’s or contemplate whether this is the year you finally let the Resort’s award-winning culinary staff take care of the holiday meal.

And just when you thought it couldn’t get any better — the lights, the cruises, the VIP packages — the Resort outdoes itself once again with a completely revamped cruise experience. Not only has the Resort added VIP cruise-boarding, it’s upgraded its fleet of cruise ships top-to-bottom. In addition to new décor, all ships feature state-of-the-art technology, from dish satellite television to integrated laptop and iPad capabilities. 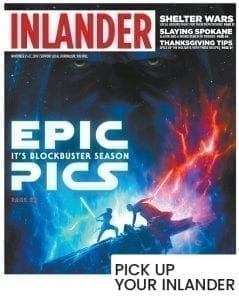 The Resort’s contribution to the local economy is equally impressive. Last year, more than 60,000 people hopped aboard the Resort’s North Pole cruises, says Amy VanSickle (Director of Marketing). They’re hoping to top that this year, as well as increase overnight stay packages, which last year resulted in 1,732 guest stays — all of them potentially shopping, eating and otherwise enjoying the bounty of downtown Coeur d’Alene.

How about Santa’s Sneak Peek Stay (through Nov. 26 only) starting at $149 and including two North Pole cruise tickets, plus cookies delivered to your room by Santa’s “elves”? Or the Weekday Winter Wonderland, Sundays-Thursdays (Dec. 1-30) starting at $199? Or the family getaway, including $30 breakfast credit and fireside storytime for the kiddos (Nov. 30-Jan. 1) starting at $219? Visit cdaresort.com for more info. 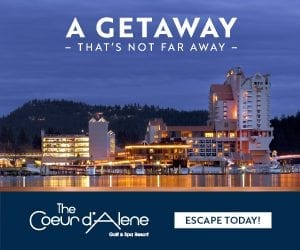 Holiday Lighting Ceremony and Parade
NOVEMBER 29
There’s no better place to welcome in the most wonderful time of year than Coeur d’Alene. Experience the annual Lighting Ceremony Parade on picturesque downtown Sherman Avenue starting at 5 pm, then watch as the switch is flipped on one of the most magical lighting displays in the country at 6 pm.

Opening Day at Silver Mountain Resort
NOVEMBER 29
Wax those skis and tune those boards, Silver Mountain opens for business the day after Thanksgiving! Make sure you check out the new sports shop in the village, as well as the fresh glades off of Bootlegger, Lower Paymaster and Terrible Edith.